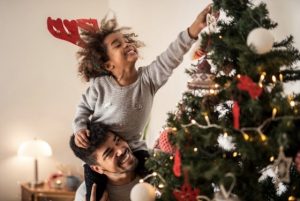 The other night, my husband I settled onto the sofa to watch a classic we grew up with — How the Grinch Stole Christmas.

As when I was a kid, I moaned over the Grinch’s poor doggy.  (Does he or she have a name??)

But what’s funny is that I noticed things as an adult that I didn’t notice as a kid.  For example, have you ever listened to the song’s lyrics?  Hilarious!

“You nauseate me, Mr. Grinch…Your soul is an appalling dump-heap overflowing with the most disgraceful assortment of rubbish imaginable…”

That’s pretty sad, if you think about it.

Fortunately, Mr. Grinch does change toward the end of the show. His eyes turn blue as still water. His heart enlarges until it breaks through the bondage of his hatred.

In a word, Mr. Grinch repents. If he were a real person, I’d say he’d found Jesus…He surely acts like it.

Only true agape love can change a person whose “heart’s an empty soul” like Mr. Grinch.

The Whos down in Whoville are happy when Mr. Grinch slides down the mountain to join their community.

(The doggy is smiling too–which has always made me happy.)

And the Who world is a better place because Grinch’s new heart.

“In the same way, I tell you, there is rejoicing in the presence of the angels of God over one sinner who repents (Luke 15:10.)” 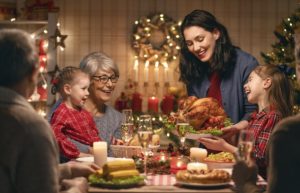 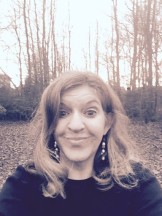 I’m a busy wife and mom, writer, and social media nerd want-to-be. I love the Word of God with all my heart and am thankful for God, Jesus, and the Holy Spirit.

I enjoy reading, adventure, exploring, crafting, creating, Instagram, Clubhouse, coffee with friends, and sharing what I learn with everyone.